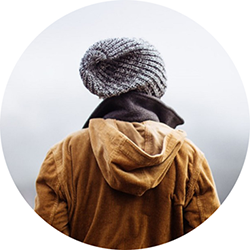 – The art of marketing in disguise.

It is a marketing strategy, introduced in the market to sell banned products with the disguise of a different alternative product.

Example: Have you ever seen a Carlsberg Club glasses ad commercial?

An ad commercial by a beer brand for the glasses sounds strange, right?

But in fact, it does not sell the glasses, it indirectly promotes the Carlsberg beers itself.

As Beer, is an alcoholic drink, it can’t be promoted directly. So, they added an alternative product which purpose is to be making awareness of their logo. Not all products can be legal to be featured on TV and marketing platforms.

There is a prohibition and criminal legal guidelines for the advertising and marketing for few products. So, as marketers have an answer for everything, the answer is Surrogate Marketing. Which is the most effective choice for marketing the “banned” or “illegal” products by marketing their logo by using surrogate products.

Why don’t we have ads that says “world’s no.1 whiskey/beer” or “Take a break, have a beer”?

It’s because they are prohibited from promoting their products directly.

The Advertising Standards Council of India (ASCI) has banned the direct liquor and tobacco ad in the media and hoardings.

Then, came in surrogate advertising- As an escape idea for all these brands to promote their products indirectly.

Surrogate means a “substitute” and surrogate advertising is to just do that. Advertisements that duplicate a product from a brand to promote another product from the same brand.

Like imperial blue promotes playing cards with its logo. But its intention is to promote their alcohol products.

These companies go out of their ways to create some innovative strategies to attract customers attention to sell a product, service, or idea which they could not do otherwise.

MEN WILL BE MEN – Ad by Imperial blue.

Though the ad commercials of alcohol are banned in India, Imperial Blue is selling its product through surrogate advertising.

Another surrogate advertising is Wills. ITC Limited had stopped using the logo call Wills from its cigarette department and made its way to clothing department. Today, it’s selling far better and nicely as logo ‘Wills’ changed into a clothing shop Wills way of lifestyle.

Will LifeStyle by ITC Limited

ITC Limited is now no more producing Cigarette under the brand name ‘Wills’.

That is why, they can easily promote the brand name ‘Wills’ without facing any charges of surrogate advertising as there is no intention of promoting a illegal product.

Brands and their surrogate products:

Why is marketing “banned” on these products?

So, we might have a question as to why the marketing of products like cigarettes, tobacco, and liquor is banned. The simple answer is – these products are not good for your health and wellness. They are injurious for consumption.

For example, a chain-smoker will buy cigarettes and consume it, a cigarette addict will smoke daily, people drink in parties, but it is a fact that cigarette and alcohol severely impact one’s health by causing cancer, heart disease, lung diseases, and stroke. The production or selling of the product won’t stop in the country but the marketing and advertising of it is illegal.

So, when such products are promoted more, then it is not an ethical practice in marketing as the consumers can face serious health problems and can even cause death. But despite the fact, the products also have a huge demand in the market because consumers are addicted to such products and therefore there is no ban on their consumption.

When did Surrogate Marketing originated?

It all started in Britain. The housewives of Britain men protests lead to the ban on the promotion of liquor. They protested on the issue that their husbands are getting more provoked to consume liquor if they see its advertisements. The main concern was the impact of such advertisements on consumers’ health. And it portrays that the government is encouraging such ads to consume health hazardous products. So eventually it resulted in the ban of products like liquor, tobacco, and cigarettes.

The ban is on the marketing of such products but not on production and sales. The marketers still have the motive to increase sales, so they started selling such products under the name of other items.

BUT Do the customers understand its marketing in disguise?

The thing is that Surrogate Marketing works on the understanding of the customers.

We already know about Carlsberg glasses. Carlsberg sells its glasses as disguise items because it can be used to pour the beer they sell. They don’t even have to show their beer advertisement, and that’s how this strategy works.

Similarly, Royal Challenge sells mineral water, and everyone knows that liquor is consumed with water.

The marketer’s job is to create awareness for its brand without even advertising the forbidden product. Surrogate Marketing is all about finding ways to promote products that they’re not supposed to market.

How do brands promote with Surrogate Marketing?

Brands that market alcohol without marketing “the alcohol”.

Below are some more good examples of Surrogate advertising:

The brand sells vodka as their primary product. But the ad is created in the disguise of Music CDs and Studio. Now the link between music and liquor is that the consumers are fond of music while drinking.

Tobacco is also on the list of banned products. Rajnigandha sells ‘pan-masala’.

So, the brand sells silver cardamom and promotes them as their tobacco-free product.

Another brand that uses CDs to cover the banned product is IMPERIAL BLUE.

But the brand has mastered the surrogate advertising with a touch of humour.

Their ads under the tagline “Men will be men” are very popular and grab the attention of the audience.

The funny thing about this advertisement is that you got to see the playing cards advertisement. The fact that cards are used in ads is because the consumers often play cards while consuming alcohol.

This is another strategy for promoting the banned products indirectly.

It is India’s biggest cricket tournament. Also, many brands sponsor the teams and the whole tournament. Kingfisher sponsors the IPL as its good times partner.

Sunburn is a music festival that takes place in India. Many liquor brands sponsor this event, like Carlsberg, Kingfisher, and Magic Moments. This event is a huge platform to do Surrogate Marketing.

The advisory invoked Cable Television Networks Rules, 1994, banning an “advertisement which endangers the safety of children or create in them any interest in unhealthy practices or shows them begging or in an undignified or indecent manner.”

KAMA SUTRA – what do you want to be doing tonight?

Every brand has the aim of creating an awareness and increasing their sales, and without marketing, this task becomes impossible. The nature of some of the products like alcohol, tobacco or cigarettes,condoms, poses an ethical issue while marketing them.

Despite the restrictions, companies only have the mode of Surrogate Marketing to promote their products. This practice is quite controversial but still works well for the brands.

Now, the question arises, if not ‘Surrogate Marketing’ then what?

What other modes could the companies use to promote their products?

Maybe they could use an altogether new medium.

Hi Ya! I'm lahari natti, a business administration graduate. Not yet graduated , but I hope I do. Not because of my backlogs(cause I don't have any) but because of the covid pandemic. I'm here to write short stories, memoirs, anthology and marketing strategies and finance stories. I know its a lot but its worth reading. " 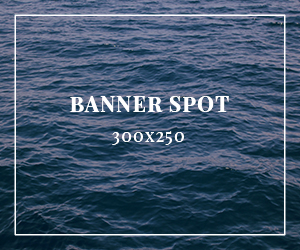